Climate change is happening and it is affecting food security in vulnerable communities around the world. Climatic drivers such as rising temperatures, erratic precipitation, and extreme weather events pose significant risks to agriculture and have often resulted in a decrease in the production and quality of food.  Growers are affected by reduced incomes, while consumers suffer from a rise in prices and lack of supply.

Central America is one of the regions most affected by climate change.  According to the Food and Agriculture Organization of the United Nations (FAO), the cumulative effect of climate change is undermining all dimensions of food security, including food availability, access, utilization, and stability.  According to the Germanwatch Global Climate Risk Index for 183 countries, between 1996 and 2015, Honduras was the country where vulnerability to climate change was the greatest within Central America.  Nearly half a decade later, statistics have remained the same.

In 2020 we were hit by the COVID-19 pandemic which has caused rural communities in Honduras and Nicaragua to report 50% rates of unemployment or underemployment.  While these communities were already suffering from the economic consequences of the pandemic, two hurricanes swept Central America in late 2020.  Hurricanes Eta and Iota destroyed more than 200,000 hectares of staple foods and cash crops, and more than 100,000 hectares of coffee farmland, as reported by the United Nations.  The destruction of these crops was even more significant than it had been in previous years as food insecurity in Central America was already exacerbated by the pandemic.

“The simultaneous impact of hurricanes Eta and Iota and COVID-19 threatens the most vulnerable population groups, whose livelihoods are devastated” said Adoniram Sanches, sub-regional coordinator of the UN Agency for Mesoamerica.

According to reports by the Economic Commission for Latin America and the Caribbean (ECLAC), the 2020 hurricanes had a negative economic impact of more than 1.9 billion dollars, with agriculture, commerce, industry, and housing being the most affected sectors. Approximately 3.7 million people in Honduras were affected and by December 2020, at the worst level of the crisis, 2.9 million people were facing acute food insecurity in the country.  As the pandemic continues, this number is projected to increase to unprecedented levels and experts believe one third of the Honduran population will be suffering from hunger by the end of 2021.

Due to the state of emergency caused by hurricanes Eta and Iota, the FAO requested emergency funds to assist victims in Central America and promote recovery plans drawn up by the governments of these countries. The plans include the rehabilitation of the livelihoods of 333,000 people, most of them small farmers.  However, a more comprehensive and collaborative effort that involves government, non-profit organizations and the private sector is required to have a broader reach.

Non-profit organizations and private companies have been providing relief to people in these communities.  Including one of Deetken Impact Sustainable Energy (DISE) portfolio companies, General Equipment Supply SA (GESSA), who has been supporting 200 families by delivering food and sanitation supplies over the past year, benefiting approximately 1,300 inhabitants of the communities of Betulia, Samaria and La Fortuna in Honduras.

Local communities who highly depend on natural resources for their livelihoods, need a more sustainable solution to become resilient to climate change and be prepared for future extreme climate events.  In order to mitigate the negative socio-economic impacts associated with climate change, communities should be empowered to learn new diversified sources of income.  Women, in particular, who are predominantly affected must be empowered. As impact investors, Deetken Impact aims to contribute to the clean energy transition by financing renewable energy projects in the region, fostering economic development by providing job opportunities in rural communities, and fighting the effects of climate change by displacing greenhouse gases.  These positive impacts go a step further as the companies we invest in,  engage with local communities, support sustainable economic development and help them become more resilient to unfavorable changes.

One example of this is GESSA, a company that manages a Hydroelectric Power Plant located in the Colon Department of Honduras, one of the departments most affected by COVID-19 and hurricanes ETA and IOTA.   Over the past few years, GESSA has engaged with the community in an agricultural project, where community members have learned how to plant value-added crops to generate higher incomes.   The company has also coordinated reforestation projects in the area, which among other things provide carbon sequestration, assist in the fight against climate change, and also generate local jobs.

Another important aspect for a community to become more resilient and prepared for the future is through quality education.  GESSA is aware of the importance of education, and has recently supported children in the community by encouraging them to stay in school.  In a year where the school dropout rate has been estimated to be around 40%, GESSA has provided school supplies, academic tutoring and internet access in its premises allowing students to communicate with teachers and download  assignments.

At Deetken Impact we are aware of the challenges ahead and are proud of the companies we invest in and their commitment to sustainable development.  We believe that our investments have a very positive effect in supporting vulnerable communities not only during challenging times, but also strengthening them and preparing them for a better future.

Don't miss a thing in the world of Impact Investing! Join our mailing list to receive the latest news and updates from the Deetken Impact team.

By subscribing, you acknowledge and accept our

It is EASY to get started making an impact!

Simply send us your contact information and one of our investment specialists will contact you to personally walk you through the investment process. 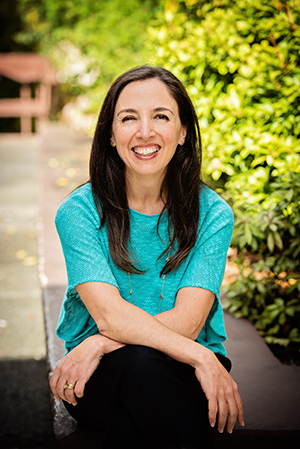 Director of Communications and Development

Magali brings extensive market intelligence, business development and marketing experience from her work at the Central Bank of Mexico, the Canadian Institute for Market Intelligence, and the IESE-PWC e-Business Centre in Barcelona. She also co-led national marketing campaigns for businesses in the hospitality and early childhood education sectors for almost a decade before joining Deetken. In her current role, she is responsible for leading Deetken Impact’s communications, marketing and branding strategy. She is also involved in the due diligence process for project selection with an emphasis in Mexico. 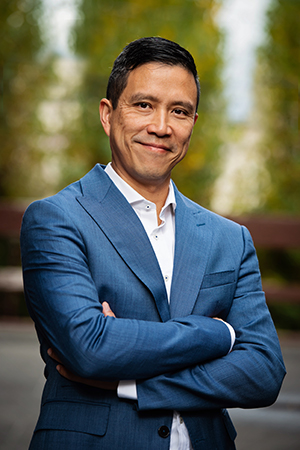 José has extensive experience as a business advisor for clients throughout Canada, Europe and Latin America in mining, telecommunications, and finance. Prior to co-founding The Deetken Group, José worked for Teck Cominco in Peru and Canada and Deutsche Bank in London (UK). José has spearheaded much of the strategic growth of Deetken Asset Management since inception and is currently focused on investment selection.

José received his BS in Engineering from the University of British Columbia and MBA from IESE School of Business (Barcelona). Born in Peru, José is fluent in English and Spanish. 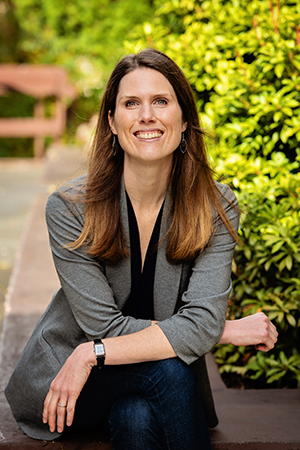 Alexa is responsible for finance, operations and investor relations at Deetken Impact. She brings over 10 years of experience in financial consulting and asset management, with specific expertise in company and investment analysis, business valuation and securities/corporate finance. Prior to joining Deetken, she spent three years with African Alliance, a pan-African financial services group, where she focused on expanding the firm’s retail financial services operations as well as on the origination and negotiation of new capital. In addition, Alexa has six years of asset management experience with the Canada Pension Plan Investment Board, the Macquarie Group and the Ontario Teachers’ Pension Plan.

Alexa is a CFA Charterholder. She has also completed an MA in Financial Economics and an Honours BA in Economics, both at the University of Toronto. 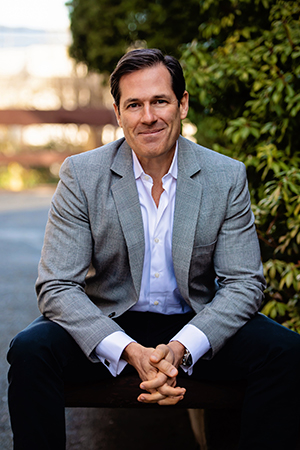 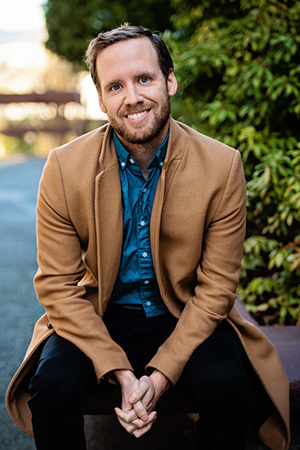 Carl is a Portfolio Manager with Deetken Impact focused on analyzing and working with MSMEs, social enterprises, and renewable energy developers in Latin America and the Caribbean. His main responsibilities include supporting business development, managing technical assistance projects, leading investment due diligence, and monitoring portfolio performance. Prior to joining Deetken Impact, Carl worked for five years as a consultant, advising public sector clients an non profits in Canada and financial services companies in Latin America. He started his career at the Bank of Canada, where he researched issues related to household and business credit. 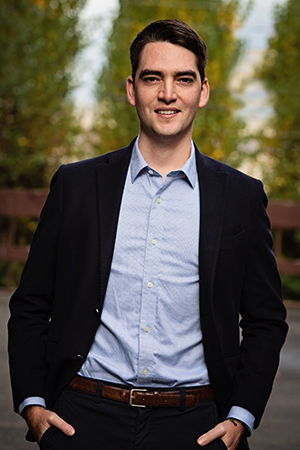 Cristobal has over 6 years of experience in the asset management industry, where his responsibilities have ranged from asset allocation and portfolio management to risk analysis and software development. Before relocating to Canada, Cristobal worked as a senior investment analyst in AFP Habitat—Chile’s largest pension fund—where he led the tactical asset allocation and macroeconomic research for emerging markets.

Cristobal is a CFA Charterholder, and completed a BA in Economics at Universidad de Chile. 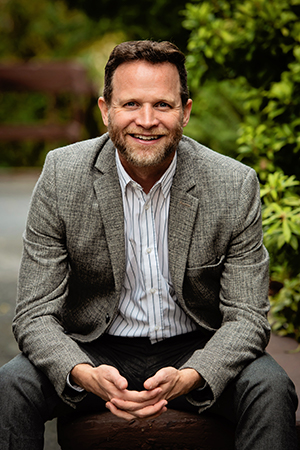 Chad has worked as a consultant in business and technology for 20 years – often helping clients with their business transformation initiatives.    He has worked with start-ups, government, and established businesses to further their product and service offerings with a balanced approach.   After pursuing a research degree on leveraging technology for social and economic development; Chad has found a valuable alignment of his background with Deetken’s innovative impact investments.

By subscribing, you acknowledge and agree to our

This website uses cookies to ensure you get the best experience on our website. By continuing to use this site, you agree to the storing of first- and third-party cookies on your device to enhance site navigation, analyze site usage, and assist in our marketing efforts.Got it!Privacy Policy